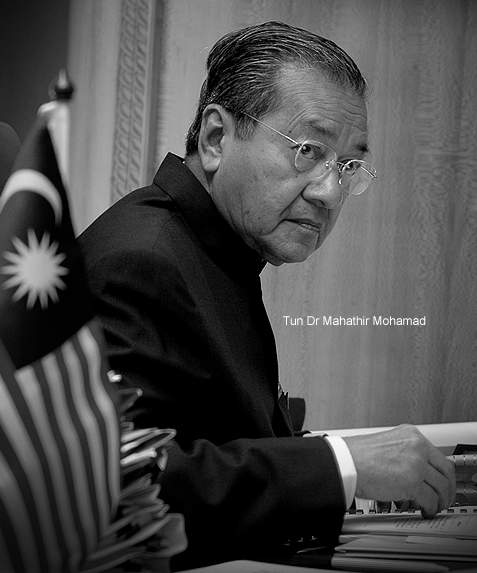 Artikel ini di petik dari: Virtual Jerusalem "The Protocols" Malaysian Style: the case of Prime Minister Mahathir Mohamad At issue: The recent statements by Malaysian Prime Minister Mahathir Mohamad accusing Jews of conspiring to undermine the stability of the economies of Malaysia and its regional neighbors provoked the indignation of Jewish organizations. This response, however, produced little resonance among Asian leaders. Mahathir has a long history of antipathy towards Jews, an attitude which he links to his domestic political agenda. The prime minister has frequently used Jews (there are almost none in Malaysia) as a scapegoat for political and economic setbacks. The fact that Mahathir?s hostile remarks did not earn the censure of other Asian heads of state points to the need for deepening awareness of the pernicious effects of antisemitism - and of the role of political leaders in developing a tradition of tolerance

A history of antipathy towards Jews The recent remarks by Dr. Mahathir Mohamad, Prime Minister of Malaysia, constitute the latest chapter in a long personal history of antagonism towards Jews and Israel. There are almost thirty years of recorded anti-Jewish antipathy from Mahathir stemming back to his days as an up-and-coming political leader.

The policies of Mahathir and the ruling United Malays National Organization (UMNO) center on raising the socioeconomic status of the Malay ethnic majority, which is Moslem. In relation to the Chinese and Indian communities, Malays were less inclined to progress in business and educational fields. The UMNO political movement has cultivated the Malays? contribution to a growing economy through a slate of preferential and encouragement schemes; within a generation Malays have assumed many leadership positions in the quickly growing economy.

This agenda is prominently accompanied by a determined effort to develop Islamic pride. This religious dimension to the political program has frequently been expressed through empathy for the Palestinian and Arab causes. Classic antisemitic portrayals of Jews have been invoked to help explain the Malay people?s struggle to raise themselves in a world filled with challenges. The crisis currently affecting the Malaysian economy has seen the stockmarket plunge some 50% since the beginning of 1997, and the value of the Malaysian currency, the ringgit, itself fall by over 30% to its lowest value since 1973. These dire figures undermine the confidence that Malaysians have in their remarkable and substantial economic progress - and place a question mark over the head of the country's dominating prime minister of close to two decades.

There has been no organized Jewish community in Malaysia since colonial days. For the few years that Singapore was part of Malaysia (1963-65), the small number of Jews in that city comprised the Malaysian Jewish community. Since secession, only some dozens of expatriate (mostly American) Jews working in the fields of business or education live in the larger cities of Kuala Lumpur and Penang. Essentially, Mahathir's hostility is not only a case of antisemitism without Jews - but antisemitism without even any history of interaction with Jews.

Mahathir?s Malaysia gives voice to antisemitism For Mahathir, Jews have served as an additional, if imaginary, force working against the Malays' development. The rationale for this supposed Jewish counterforce has been, for example, that Malaysia's progress undermines the economic interests of Jews, or that Jews are naturally hostile to Moslems, or due to the affinity between the Palestinian and Malay causes. In a 1970 book outlining his view of the problems facing the Malay people, The Malay Dilemma, Mahathir wrote that "the Jews for example are not merely hook-nosed, but understand money instinctively." Prime minister since 1981, Mahathir?s government has long been an adversary of Israel in international forums, particularly in the United Nations, and actively advocated the economic boycott. Throughout the 1980?s Mahathir spoke of foreign (and critical) newspapers being controlled by Jews, and of Zionist plots to undermine his government. A litany of other incidents are evidence of continued antagonism, such as the following:

in 1983, the Protocols of the Elders of Zion was printed in Malaysia; the 1986 visit of Israeli President Chaim Herzog to Singapore was fiercely criticized by the Malaysian government, and the Malaysian high commissioner was temporarily withdrawn to Kuala Lumpur; in a 1986 speech at meeting of the Non-Aligned Movement, Mahathir stated that "the expulsion of Jews from the Holy Land 2,000 years ago and the Nazi oppression of Jews have taughtthem nothing. If anything at all, it has transformed the Jews into the very monsters that they condemn so roundly in their propaganda material. They have been apt pupils of the late Dr. Goebbels"; and in 1994 the Malaysian film censor refused to license the screening of "Schindler?s List" because of the film?s apparently excessive sympathy towards Jews. The censor wrote that "its seems the illustration is a propaganda with the purpose of asking for sympathy, as well as to tarnish the other [German] race."

In most cases, Jews are associated with classical antisemitic characteristics: parties to international conspiracies, an excessive propensity for material gain, causing unemployment and economic instability, and animosity towards Moslems.

Mahathir targets Soros - and the Jews The recent crisis of confidence in Asian currencies, which saw many Asian currencies plunge in the months of October-November 1997, had a dire effect on the Malaysian ringgit. Speaking at the International Monetary Fund?s conference in Hong Kong in October 1997, when the crisis was shaking markets across the region, Mahathir spoke of the presence of "sinister powers" working against the progress of Asian economies. He criticized financier George Soros for having caused the currency instability - but one of a number of similar allegations against Soros - and called him a "moron".

On his return to Malaysia, Mahathir repeated that Soros was culpable for the ringgit?s plunge. Describing Soros, who is of Jewish origin, as a Jew, Mahathir went on to say that Jews were generally responsible for the currency?s collapse:

"We do not want to say that this is a plot by the Jews, but in reality it is a Jew who triggered the currency plunge, and coincidentally Soros is a Jew. It is also a coincidence that Malaysians are mostly Moslem. Indeed, the Jews are not happy to see Moslems progress. If it were Palestine, the Jews would rob Palestinians. Thus this is what they are doing to our country."

The prime minister subsequently denied that either he was antisemitic or that his comments should be interpreted as such. When journalists suggested such, Mahathir responded that "I merely stated that incidentally this person [Soros] is a Jew, and incidentally we are Moslems." Some weeks later, Mahathir reiterated that "I did not say there was a Jewish conspiracy. That was one of the options. We did not accuse the Jews of causing the currency plunge, but it looked like they triggered the currency crisis. Are we not allowed to say anything about it? We feel as if we are not allowed to say anything irritating concerning other countries."

Political observers in Malaysia suggested that Mahathir?s comments were intended to regain support amongst Moslem traditionalists; Mahathir?s modernist approach to Islamic practices has stirred criticism from the traditionalists. Yet his invocation of antisemitism when confronted by both economic troubles and ethnic uncertainty is a familiar and disturbing form of scapegoating.

The World Jewish Congress announced that it would lodge a complaint with the UN Human Rights Commission in Geneva. Meantime, members of the US House of Representatives passed a motion demanding that Mahathir retract his "hateful" words - or resign. This motion was overwhelmingly rejected by the Malaysian lower house of parliament in a debate about perceived American and Jewish interference in domestic politics. Indeed, Mahathir commented that "I was accused of being antisemitic. I do not know if the world functions this way. Does a leader need to apologize when his opinions oppose American politics?"

Conclusion In the postwar period, it has become rare for state leaders to declare antisemitic opinions. When outgoing Swiss President Pascal Delamuraz claimed that Jews were blackmailing the Swiss people, the Jewish response was a rapid demand for a retraction and an apology.

That Mahathir could give voice to conspiracy theories at international forums - as he did with his "sinister powers" insinuation at the IMF conference - is a cause for renewed concern. There was no outcry from participants at the conference, even though Mahathir?s hostility towards Soros left little doubt as to the nature of the conspiracy he was suggesting. Asian leaders - and other participants at the IMF gathering - either saw no reason to comment on Mahathir?s statement, or felt muted. Being somewhat distant from the European scene, Asians are perhaps less conscious of the dire effects of antisemitism.

Pua, who had previously indicated he did not intend to continue heading the state chapter, had also vied for one of the 15 leadership positions.

The state DAP election is a two-tiered process where delegates only vote for the top 15 candidates that they want to see in the leadership.

The top 15 candidates voted among themselves during the Selangor DAP State Ordinary Convention 2018.

Gobind, who is Puchong MP and the Communications and Multimedia minister, will be assisted by Seri Kembangan assemblyman Ean Yong Hian Wah who was appointed deputy chairman. 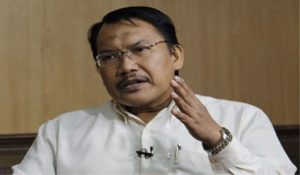 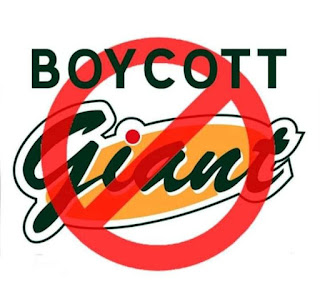 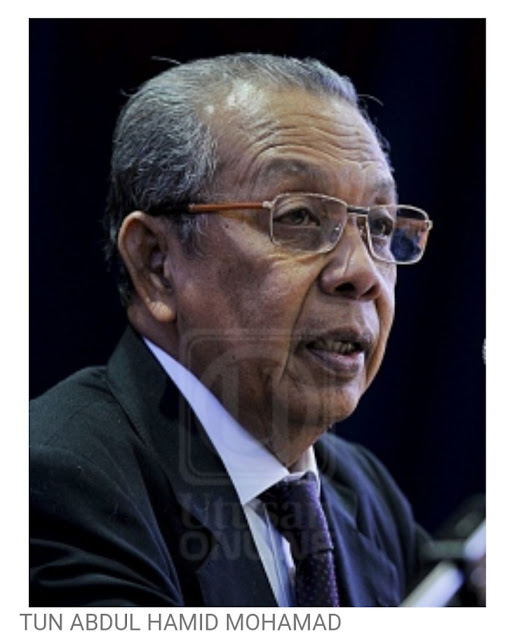 i Perkara 1 1. In this Convention, the term “racial discrimination” shall mean any distinction, exclusion, restriction or preference based on race, colour, descent, or national or ethnic origin which has the purpose or effect of nullifying or impairing the recognition, enjoyment or exercise, on an equal footing, of human rights and fundamental freedoms in the political, economic, social, cultural or any other field of public life.

ii 2. This Convention shall not apply to distinctions, exclusions, restrictions or preferences made by a State Party to this Convention between citizens and non-citizens.

iii 4. Special measures taken for the sole purpose of securing adequate advancement of certain racial or ethnic groups or individuals requiring such protection as may be necessary in order to ensure such groups or individuals equal enjoyment or exercise of human rights and fundamental freedoms shall not be deemed racial discrimination, provided, however, that such measures do not, as a consequence, lead to the maintenance of separate rights for different racial groups and that they shall not be continued after the objectives for which they were taken have been achieved.

(a) Each State Party undertakes to engage in no act or practice of racial discrimination against persons, groups of persons or institutions and to ensure that all public authorities and public institutions, national and local, shall act in conformity with this obligation;

v © Each State Party shall take effective measures to review governmental, national and local policies, and to amend, rescind or nullify any laws and regulations which have the effect of creating or perpetuating racial discrimination wherever it exists;

viii Convention on the Rights of the Child (1989)

xi Convention on the Rights of Persons with Disabilities (2006) 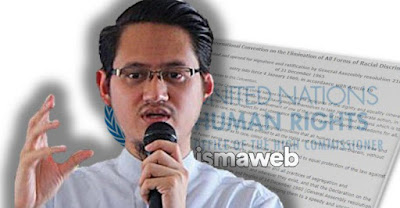 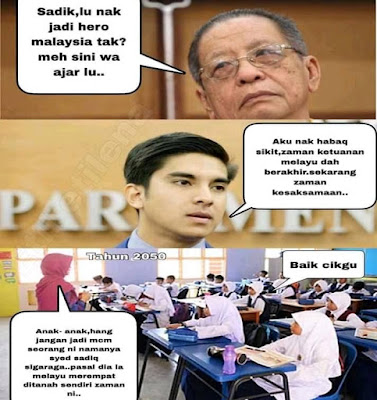 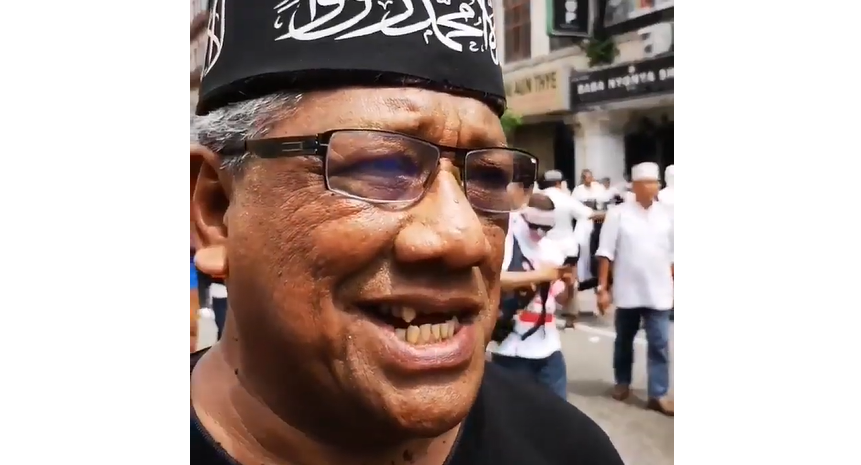 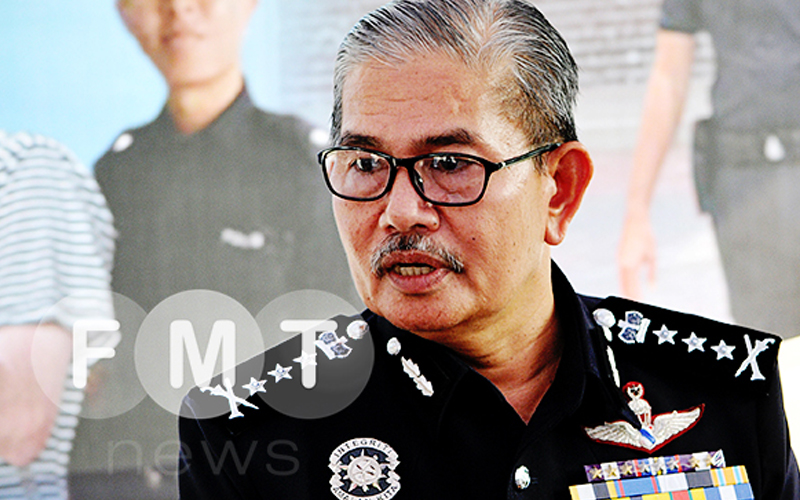 ‘DISGUSTING’ – MUKHRIZ’S DAUGHTER ‘EXTREMELY DISAPPOINTED’ WITH ANTI-ICERD ‘BULLIES’: ‘BECAUSE OF ALL OF YOU, VISION 2020 IS GONE’ – INDEED IT REFLECTS VERY POORLY ON MALAYS &amp; YET MANY, LIKE THE TRULY FOOLISH, DO NOT EVEN KNOW THAT IT IS THEY WHO DO NOT KNOW

emily mc pada Malaysia Chronicle - 19 minit yang lalu
PETALING JAYA: The daughter of Parti Pribumi Bersatu Malaysia deputy president Datuk Seri Mukhriz Mahathir has slammed the participants at the anti-Icerd (International Convention on the Elimination of All Forms of Racial Discrimination) rally. Melia Serena posted a picture on Instagram Stories with the caption: “Disgusting. Take all offence, I don’t care. Extremely disappointing.” She also said that Vision 2020 was gone because of “all of you”. In another Instagram Stories post, Melia who seemed to be responding to those who had sent her direct messages due to her earlier post slam... lagi »
Jatuhkan MB Perak: SPRM Mungkin Panggil Semula 6 ADUN
Dec 9, 2018 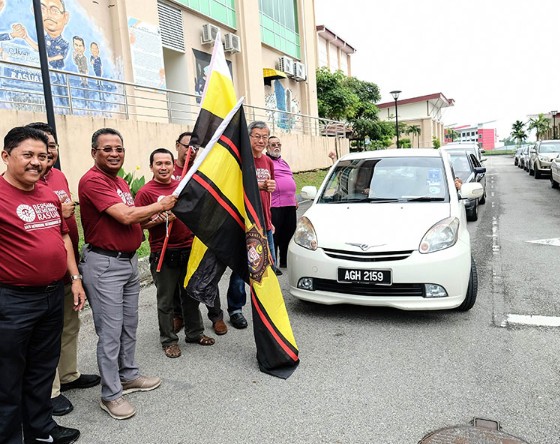 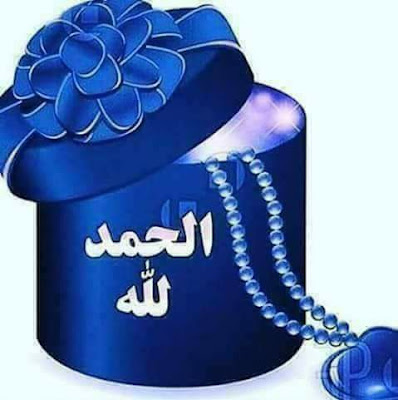 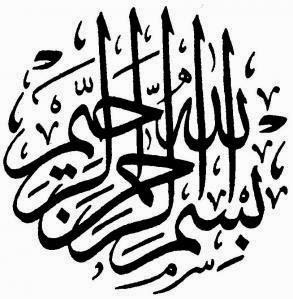 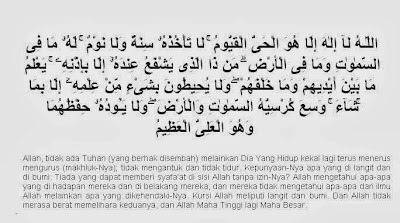 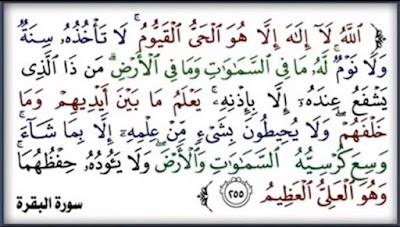 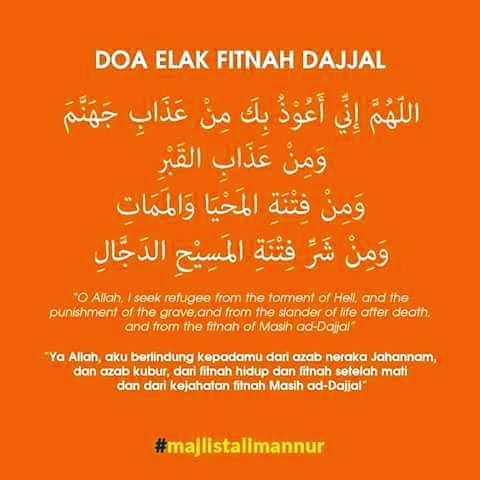 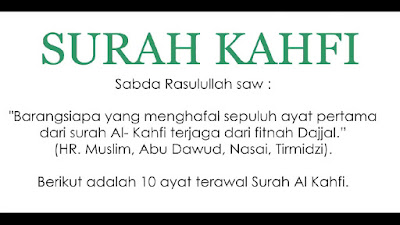 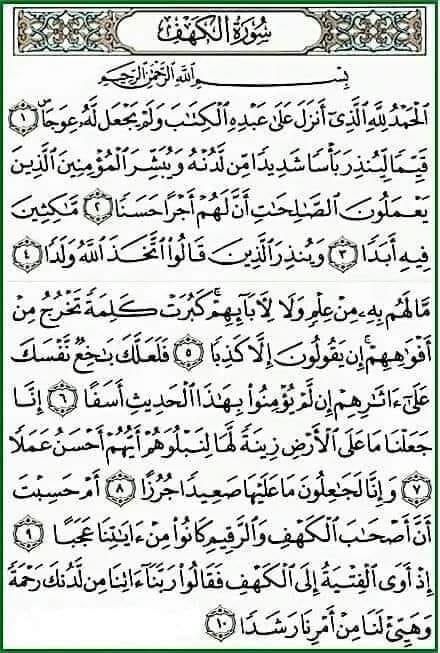 3. and get married soon

4. If you are single , wish you find your lover
5. If you are married, wish you love each other more
6. and have a smart little baby

7. If you are a man, wish you more handsome
8. and stronger

9. If you are a girl, wish you more beautiful
10. more considerately