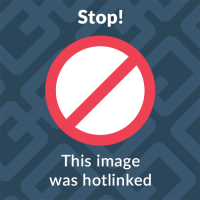 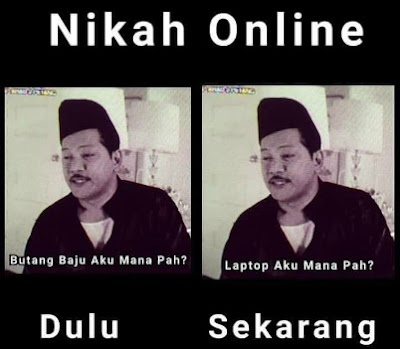 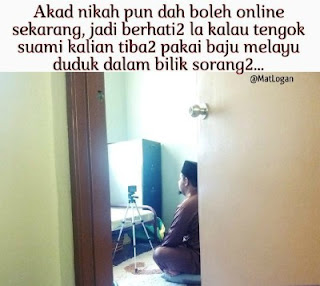 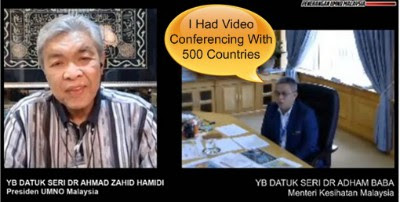 Just when you thought some ministers would keep their mouth shut after their recent screw-ups, somehow they still fail to learn their lessons. Perhaps it’s true that while ignorance can be educated and crazy can be medicated; there is absolutely no cure for stupidity. The most embarrassing part is – he is the health minister who happened to be a medical doctor before joining politics.


We’re talking about Dr. Adham Baba, the same Health Minister whose “drink warm water to kill the Covid-19” formula had shocked the world’s top scientists. Like what we had predicted earlier that some politicians would spring into action to claim credits upon the slightest sign that Coronavirus cases is improving, that’s precisely what happened on Saturday (April 18).

It was a cheap political stunt when Adham planned with his party’s boss – UMNO president Zahid Hamidi – to stage a video conference together, which was later uploaded on Facebook. Both geniuses thought they could easily score some brownie points after the number of Coronavirus cases dropped to 2-digit since the lockdown started on March 18.

The plan was simple – blames the previous Pakatan Harapan government for the failure to contain the outbreak, but at the same time, self-praised the backdoor Perikatan Nasional government for the victory in defeating the pandemic. However, it’s quite puzzling that a medical doctor like Adham Baba had forgotten the “constant variable” in his drama script.

That constant variable is Noor Hisham Abdullah, the man who has been the Health director-general since 2013 and arguably the most “trusted face” by not only Malaysians, but had just won the recognition from China Global TV Network (CGTN) as one of three “top doctors” in the world. Adham hid himself after his “warm water” humiliating stunt, only to emerge on Saturday to claim credits.

Were Adham Baba and Zahid Hamidi, and PM Muhyiddin for that matter, trying to say that Noor Hisham Abdullah was sleeping on the job during the period of Pakatan Harapan government, and the (former) Health Minister Dzulkefly Ahmad did not seek any advice or opinion from the experienced Health director-general?

Accusing the previous government led by former PM Mahathir Mohamad of failing to contain the Tabligh religious cluster, which grew to become the country’s biggest source of Coronavirus infections, Health Minister Adham said – “On (March) 10, we had a new cluster emerge which the previous government failed to contain, which is the Tabligh cluster.”

Adham told Zahid during the staged conference – “It (Tabligh gathering) happened from Febuary 27 to March 3. It is very big. To date, we are still unable to stop its spread. There are still cases from the Tabligh cluster that have infected up to the fifth generation. If the Tabligh cluster was prevented, there would be no second wave. We may only have small clusters.”


Actually, the idiotic health minister had gotten his fact wrong from the beginning. The “Tabligh” religious rally had taken place at a Sri Petaling mosque – Masjid Jamek – in Kuala Lumpur from February 27 and March 1 (not from Feb 27 to Mar 3). That massive gathering was attended by an estimated 16,000 people (about 14,500 were Malaysians while the rest were foreigners from around the region).

In his haste to claim credits, the health minister probably didn’t realise that he has admitted two damaging facts. The most crucial part of Minister Adham’s statement was his admission that the Tabligh members were and are the biggest problem of the outbreak in the country, so much so that the backdoor government of Muhyiddin has been fire-fighting and not able to stop the spread.

Hence, it triggers the burning question – why are the authorities still pussyfooting in dragging the stubborn Tabligh members to the nearest hospital to be tested for Covid-19? Isn’t Muhyiddin the new prime minister now? Isn’t his boy the new Home Affairs Minister in charge of the police force now? Does not this mean the government put racial and religious politics above the nation’s overall welfare?

The second admission from Adham Baba’s ill-thought-out statement was that current Prime Minister Muhyiddin Yassin is the actual person responsible for the failure to contain the Tabligh cluster, despite pro-backdoor government’s bloggers, propagandists and cyber troopers’ accusation that it was the previous Pakatan Harapan government who should be blamed.

That was because Muhyiddin was himself the Home Affairs Minister of the previous Pakatan Harapan government, until he plotted with enemies – UMNO and PAS – to topple his own government, making Malaysia without a government from Feb 24 until Feb 29. Later, the traitor would be sworn in as the country’s prime minister on March 1, 2020.

As the powerful Home Minister, the racist “Malay First” Muhyiddin had previously allowed the police to grant permit for then-opposition parties UMNO and PAS to protest against the ICERD (International Convention on the Elimination of All Forms of Racial Discrimination). There were other requests for mega rallies which were granted by him to undermine his own government. 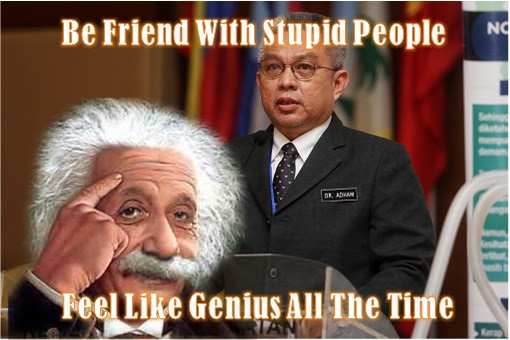 So, why didn’t Muhyiddin stop the Tabligh massive gathering in the middle of an outbreak? Why did the police under his ministry issued the approval for the Tabligh event? Former PM Najib Razak, in his defence of colleague Adham Baba, argued that it was former Health Minister Dzulkefly Ahmad who said there was no need to postpone activities involving the public including festivities.


Mr. Dzulkefly might have said that on Feb 12, as reported by UMNO mouthpiece “Sinar Harian”. However, it’s also true that on the same day of Feb 12, there were only 18 Coronavirus cases under the leadership of Dr. Dzulkefly Ahmad. In fact, days later (Feb 18), the World Health Organization (WHO) had – again – praised Malaysia’s preparedness and ability to address the Covid-19 infection.

But it was the responsibility of the Home Affairs Ministry to maintain public order and national security. Even if the Minister of Health thought there was no need to postpone activities, which was justified based on 18 Coronavirus cases and zero deaths, the police should have advised the ministry based on its risk assessment, similar to how ICERD mega rally was allowed, despite its threatening nature.

In reality, neither the Health Ministry nor the Home Affairs Ministry knew that the Tabligh would become the biggest cluster of the Coronavirus outbreak. That’s probably the fairest explanation why nobody had stopped the religious gathering. But the issue here is not about anti-Tabligh gathering, but rather the uncooperative members who still refuse to come forward to be screened for the pathogen.

Did Adham Baba and Zahid Hamidi, in their rush to claim credits, realise that there had been zero cases from Feb 17 to Feb 26? The next day (Feb 27), the Tabligh members started its gathering, thanks to a permit issued by Muhyiddin’s Home Affairs Ministry. About 14 days later, which matched the incubation period of Covid-19, all hell breaks loose. Hence, does not that prove Muhyiddin is to be blamed?

The Pakatan Harapan coalition can also argue that had not Muhyiddin launched the coup with UMNO and PAS to form a backdoor government, (former) Health Minister Dzulkefly Ahmad could most likely maintain the low cases of Coronavirus. Looking at the chart above, how do you explain that from Jan 24 to Feb 26 – for a period of 34 days – there had been no spike in cases or deaths.

But most supporters of Muhyiddin backdoor government do not like to argue with facts and figures. They don’t care and insist that the previous Pakatan Harapan is to blame. Heck, they even turned very racist and said it was the Chinese from Wuhan who started the outbreak and the DAP Chinese were to blame too, as if the country would become a communist country.

Fine, you can’t argue with hardcore racists of Bersatu, UMNO or PAS who have been brainwashed with racial and religious extremism for the last 61 years. Amusingly, racists UMNO leaders like Zahid Hamidi and extremists PAS leaders like Hadi Awang did not boycott at the arrival of 8 medical professionals from China, apparently to help manage the Covid-19 pandemic.


If supporters of Bersatu, UMNO and PAS had already determined that the China’s Communist Party was dangerous and the Chinese Wuhan virus was infectious, exactly why did they not protest the Perikatan Nasional’s invitation to the Chinese medical team? Should not they avoid the Chinese people from mainland China with a 10-foot pole?

As usual, the clueless Health Minister Adham Baba will always reserve the best part of his idiocy for all and sundry. Not happy to be overshadowed by his ministry’s competent director-general Dr Noor Hisham Abdullah, Mr. Adham had decided to blow his own trumpet during the video conferencing drama with former deputy prime minister Zahid Hamidi.

The dumb health minister boastfully told Zahid that he had video conferencing with WHO (World Health Organization), and with health ministers and ministers from a jaw-dropping 500 countries, despite the fact that there are only 195 countries in the world today. Even if the planet Earth can replicate like the Coronavirus, there will still be less than 500 countries with the creation of 2 Earths.

Poor President Donald Trump must be wondering why the most powerful man in the world could not meet with 500 world leaders. Even the United Nations has only 193 members, hence it’s a mystery where the remaining 307 members came from, assuming leaders from the U.S., UK, Germany, France, Canada, Japan and other powerful nations care to chat with Adham Baba in the first place.

After realizing his screw-up, the health minister said he had misspoken – claiming instead that he had actually spoken to 500 participants from 50 countries around the world. Still, his statement is rather hard to believe. That means 10 people from each of 50 countries were eager to listen to him. Was he so influential and powerful that up to 500 participants wanted to listen to his lecture?

Even if there was only 1 participant from 50 countries, it’s still unbelievable. Who in their right mind would listen to one of the dumbest health ministers in the world? Do you know that when China Global TV Network praised Dr. Noor Hisham Abdullah, at the same time the news had also ridiculed Health Minister Adham Baba? - FT 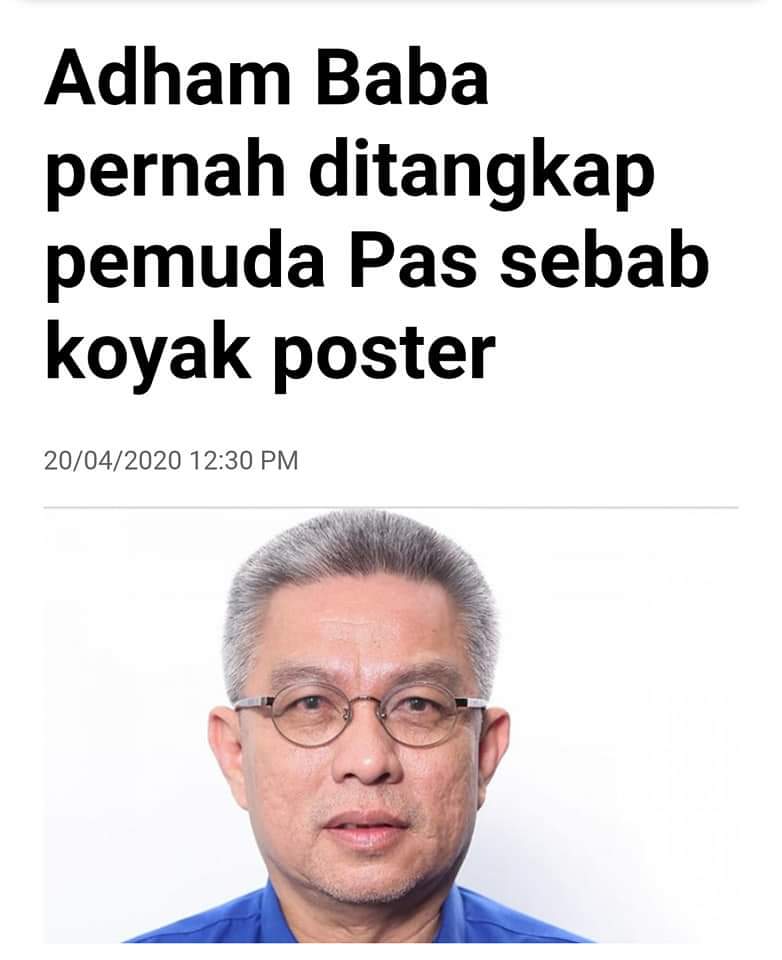 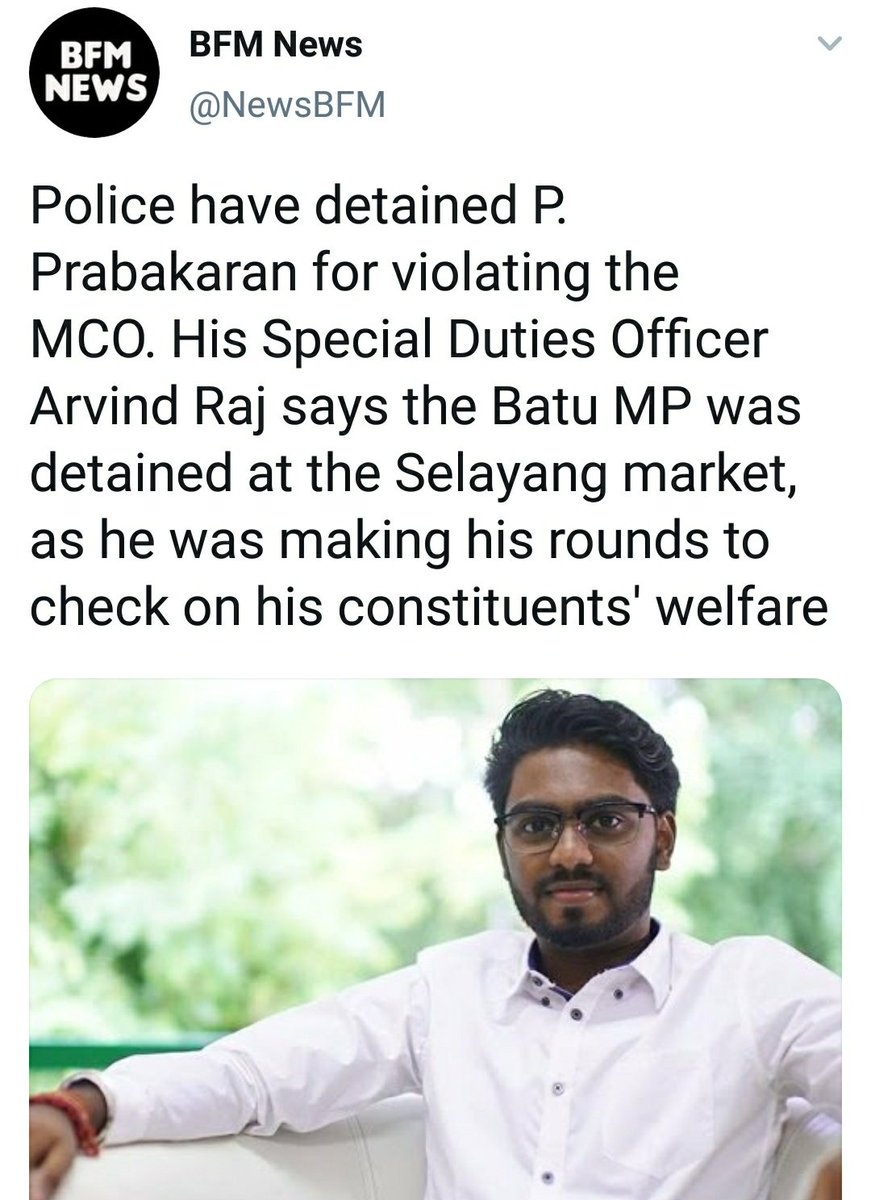 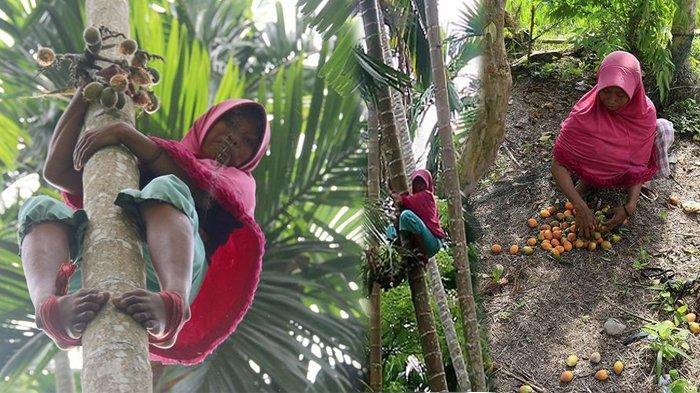